Not learning from experience!

Below are two photos of the street car on display at the intersection of Prince and Chestnut Streets and described by Mayor Rick Gray as "Public Art." Gray is an exponent of bringing trolley cars back to Lancaster Streets.

In "A City Transformed", author David Schuyler looks back to the first half of the 20th Century and describes Lancaster street cars as "competing with cars and horse-drawn vehicles for space on the narrow streets." Today there aren't many horse-drawn buggies, but we have narrow streets and plenty of cars!

A few pages further on, Schuyler implies that the demise of the street car system was because "Increased use of buses was the most effective means of reducing the number of cars entering downtown and alleviating the shortage of available parking spaces."

We can't wait to get stuck behind one of these ancient behemoths. We can patiently sit there and admire the "public art." 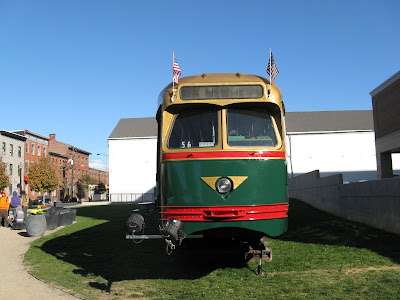 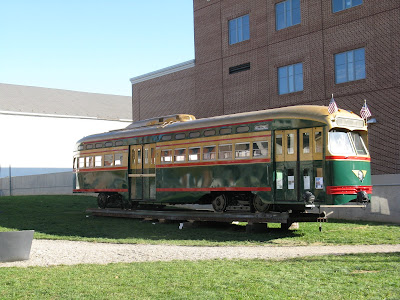