Located in its own office building at 308 East King Street, Tabor is a not-for-profit corporation established in Lancaster 40 years ago as a housing and credit counseling agency for persons experiencing difficulties in those areas.

"We don't really have anything to give to them, but we can help individuals develop skills and strategies for personal success," said President Robert Thomas.

In addition to financial literacy counseling, mortgage counseling, consumer credit counseling, first time homebuyer counseling programs, matched savings programs, and the like, Tabor also owns three local properties as living spaces for those who were or would probably otherwise be homeless.

NewsLanc toured two of those facilities - the Market View Apartments and the Transitional Living Center.

Market View consists of eight apartment units for persons with disabilities who are experiencing homelessness. A kindly African-American woman and her grandson have been living in one of the apartment for about half a year. It consisted of a kitchen, living room and dining area and a bathroom and is similar to other moderately priced apartment in the city. It is approximately 750 square feet.

In order to qualify to live in Market View, one must be homeless and have a disability. The actual cost of each apartment is about $540 a month, but most of the cost is subsidized by the government, and the resident must pay only utilities and a relatively small program fee.

A couple of blocks to the west at East King and Duke Streets is the Tabor's Transitional Living Center (TLC). It is located in a converted old hotel.

The Transitional Living Center has 54 rooms of temporary housing and runs almost at full occupancy, according to "Team Leader" Doug Hopwood, the manager.

Though kept neat and clean, the facility is well worn and the rooms are tiny by current hotel standards. There is a common kitchen with bags with locks to enable occupants to safely store their own food. A portion of the former lobby area is used for a children’s play area during the day and a lounge in the evening.

Hopwood explained that the goal is to help people who are temporarily down on their luck to be able to return to independent living. "Life Skills" classes and personalized financial counseling are provided. An important part of the program is teaching people how to budget their income.

According to Hopwood, the outcome is that 73% of participants successfully move into permanent housing with the average length of stay at TLC being four months.

Hopwood explained that inhabitants must pay a daily fee which covers housing, education and enforced savings. The savings is held for the client until he or she departs and can be used for securing housing elsewhere. The rent is individually negotiated as part of an overall plan for the resident. Occupants are selected according to need.

Hopwood told of a middle aged man who was overwhelmed to learn that he had almost a thousand dollars saved up. The man exclaimed that he had never had so much money in his life.

Many who clean and maintain the hotel volunteer their services.

Last year, 205 homeless households were provided transitional housing coupled with supportive services to enable most to move on to permanent housing.

According to Thomas, Tabor thinks of itself as a Lancaster County organization, although in fact most of their clients come from the city.

But not all are low-income. "We've had persons with six-figure incomes come in for our mortgage default counseling," says Thomas.

He added that since the housing and credit crisis really boiled over a few months ago, "the volume of calls inquiring about our mortgage default counseling has about doubled..."

Thomas has been President of Tabor for two years. Prior to that he was a vice president at Millersville University.

In addition to their primary function, Tabor also facilitates "Lancaster City Living," a campaign to promote home ownership in the city and the East King Street Improvement District, the latter dedicated to improving the corridor from Penn Square to Thaddeus Stevens College of Technology.

Before departing, a NewsLanc observer suggested that Tabor employees and clients set a good example by picking up and disposing of the excessive street litter near its headquarters. 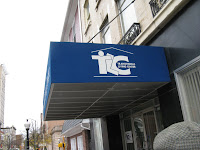 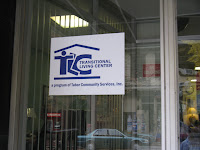 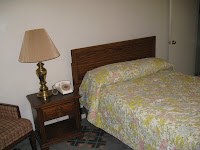 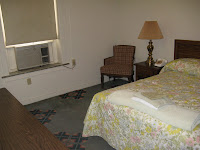