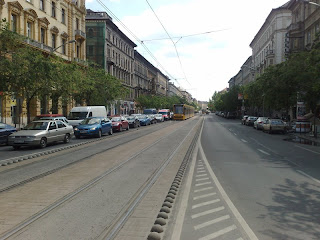 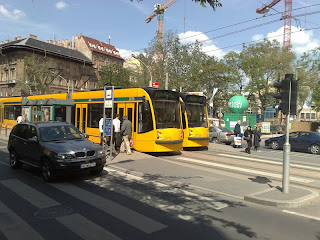 As indicated in the two photos of street cars in Budapest, Hungary, trolley cars can be an effective means of transportation when run in their own exclusive lanes.

The streets proposed for the Lancaster street car system have only four lanes.
at 8:31 AM